React vs Angular: The Ultimate Clash Of The Titans

The world of web development is being dominated by JavaScript ever since its inception. It is not only being used in the backend and frontend but also for building AI and mobile applications. Today, I intend to dig deep by drawing a comparison of the most popular frameworks of JavaScript, React and Angular.

React vs Angular – The History 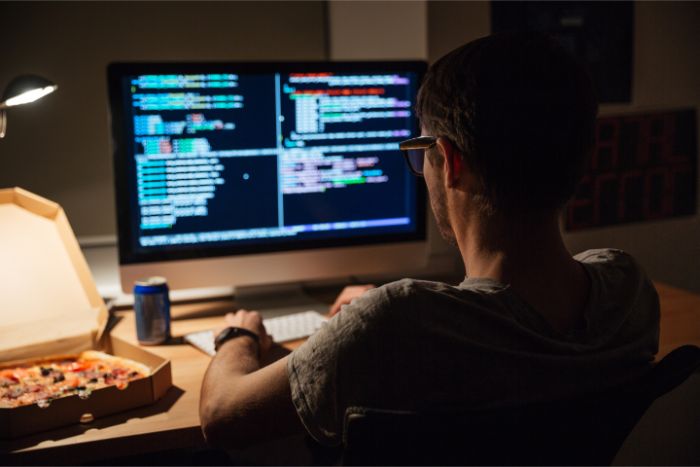 Angular is basically a framework of JavaScript that was originally written in TypeScript. However, its latest versions are a complete rewrite of its first version (Angular JS), which was developed by Google in 2010. Angular is being used by Google in one of its most important projects “Google Ads” so it’s likely to continue making an impact on the digital world for many years to come.

On the other hand, Reach is a library of JavaScript that was released by Facebook in 2013 and made open source in 2013. Facebook first used it in one of its news feeds in 2011. It is also being used by Instagram, so it’s likely to hang around for a while.

Stack Overflow recently conducted some research, which showed that Angular is extremely popular among web design and development agencies that have employed PHP, Java and C# developers whereas Python, Node.js and Rails developers favour React.

SEO with React and Angular

SEO is vital because it allows our applications to be found easily on search engines like Google and Bing. If we choose to look at these technologies from a SEO perspective, server-side rendering is of paramount importance and setting up server-side rendering in React is much easier in comparison to Angular.

In simple words, both the AngularJS framework and React JS library allows the developers to make an app SEO friendly; however, AngularJS requires support of additional tools like PhantomJS that provide search engines with a HTML snapshot in order to make it easy for them to set up the application.

This can be considered the primary difference between React and Angular. AngularJS has directives that serve as a way of organising the code/work around the Document Object Model (DOM). One can only access the DOM via directives in AngularJS. In simple words, you will have to use directives both specific and standard in order to bind AngularJS applications with DOM elements.

React doesn’t support divisions in directives and templates. It requires the developers to write their template logic within the template.

Angular, unlike React is an event-driven framework; it will start printing long stack traces in case any issue occurs. However, it offers assistance to the developers by providing logical constructs. If something isn’t working in its directives then it’s suggested that you re-write the code because debugging is not considered trivial when it comes to Angular.

In React, stack traces and bugs do not normally mix up and one can easily discern between the two. However, React makes it hard for developers to compare the resulting HTML with the code.

React permits one-way data binding whereas Angular permits two-way data binding. It means that any change made in Angular’s model will not only affect the view but everything connected to it as well. In React, any changes made in the model will only affect the view, not the vice versa. These are also known as Unidirectional and Bidirectional data flows.

AngularJS is Model-view-view-Model (MVVM) based. AngularJS comes with an extensive list of features and tools such as HTTP implementation, navigation, routing, forms, change detection, data link and many more.
React on the other hand is based on Model-view-Control (MVC) model. Therefore, one will have to utilise libraries like Flux and Redux as react-router or controller for navigation.

Angular rolls out a new update every 6 months and major APIs are deprecated after another period of 6 months. That gives developers the length of 1 year to make the required changes.

When it comes to React vs Angular, Facebook considers stability to be of paramount importance as big companies like Airbnb and Twitter also use React. Updates are easier to implement in React because scripts like react-codemod help developers in migration.

Angular’s learning curve is steep in comparison to React. Angular’s framework has a complicated component management system, multiple solutions for a single problem and a demand familiarity with diverse languages and concepts like TypeScript, RxJS, dependency injection, pipes, templates, etc. However, one cannot say the same about React JS as it only enables you to develop an app in its ecosystem if you have a solid grip on JavaScript.

React vs Angular – Which is Better?

If I were to sum up everything then I would say that both ReactJS and AngularJS offer tremendous support to their respective communities even though their philosophies differ greatly in terms of application development.

This blog has attempted to highlight the basic difference between React and Angular and based on the above-mentioned analysis, I must say that there is no obvious winner between these two.

For example, if you want to develop an app that allows you to update its look constantly and simultaneously, then I would recommend the use of React. Whereas, Angular is the more popular option if you’re seeking a well-maintained and robust framework.

In simple words, it’s better to use React if you are looking for simplicity and flexibility. However, Angular will prove to be more pertinent solution if you’re looking for an efficient way to boost and organise your application.#

Readmore: Web Development in the World of Internet of Things (IoT)

React vs Angular – Which Should I Choose?

Use of React is recommended if:

Use of Angular is recommended if:

Intelice is one of the best web design and development agencies in UK that specialises in developing cutting edge, fast loading and robust websites. The company also develops bespoke mobile applications that will help you improve efficiency, reduce costs and streamline your business.